Strict Standards: Declaration of JCacheControllerPage::store() should be compatible with JCacheController::store($data, $id, $group = NULL) in /home/theram9/public_html/libraries/joomla/cache/controller/page.php on line 199

Strict Standards: Only variables should be assigned by reference in /home/theram9/public_html/plugins/system/taptheme/taptheme.php on line 19

Strict Standards: Only variables should be assigned by reference in /home/theram9/public_html/plugins/system/taptheme/taptheme.php on line 20

Strict Standards: Non-static method TapThemeHelper::getBrowserTemplate() should not be called statically, assuming $this from incompatible context in /home/theram9/public_html/plugins/system/taptheme/taptheme.php on line 24

Strict Standards: Non-static method TapThemeHelper::getAgent() should not be called statically, assuming $this from incompatible context in /home/theram9/public_html/plugins/system/taptheme/taptheme/helper.php on line 13

Strict Standards: Non-static method TapThemeHelper::getBrowserAgent() should not be called statically, assuming $this from incompatible context in /home/theram9/public_html/plugins/system/taptheme/taptheme/helper.php on line 38

Strict Standards: Only variables should be assigned by reference in /home/theram9/public_html/plugins/content/jacomment/jacomment.php on line 37

Welcome to the home of The Ramblers Tales Show, Caribbean storytelling and International Comedy at its best. The site also feature performers bios, News and other Cultural content such as Fashion and Food.

The Ramblers Tales is a standup comedy and variety show whose aim is to make you laugh. Caribbean storytelling and International stand-up comedy is the core of the show. The show takes you into a journey where Extempo-Calypso merges with Stand-up Comedy and have you laughing for days. The ability to use one artform to transition into another while interacting with the audience, has proven to be a hit with the audience. The verbal banter flows within and without the music and while the humor is transitioned seamlessly. The live show is usually focused around story telling and standup Comedy.

This is the ultimate creation; a new experience that is proving to be loaded with laugh appeal. "LOL" humor in the long form is back. Enjoy the site; please come back, check us out on youtube and see you at the live shows. The show represents the best in Atlanta Caribbean Comedy over the last few years and aims to do the same in other cities; You deserve a good laugh that last for days.

The Ramblerstales Show in the News

Its another year and another opportunity to bring great Comedy to Atlanta. The Ramblers Tales 2011 kicked off with a bang. 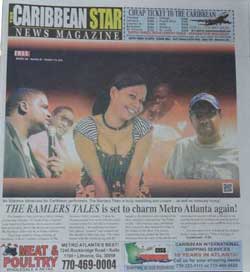 this year. The show was again fortunate to be featured on the front

page of The Caribbean Star Newspaper. The editorial team at the

paper did a great write-up on the show for which we were thankful;

we also appreciated the other media sponsors and supporters who

helped with all the social noise.

As compared to prior years, we were able to intensify the level of

noise around the show. The year there was more radio, more social network and even more print coverage; great. 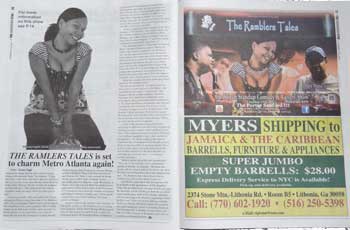 The post show feedback has been very positive. People liked the

show, they enjoyed all the comedians and no one noticed that one

of the comedians did not appear on stage on the night. We pass on

the special thank you to the Comedians who did a wonderful Job and to the cooks and severs for doing a brilliant job.

Once again the Porter Sanford staff made us look good; Thx.LOL.

The Ramblerstales Show in the News

This is an annual awards event for Georgia wide Law Enforcement Units working in all areas of DUI. 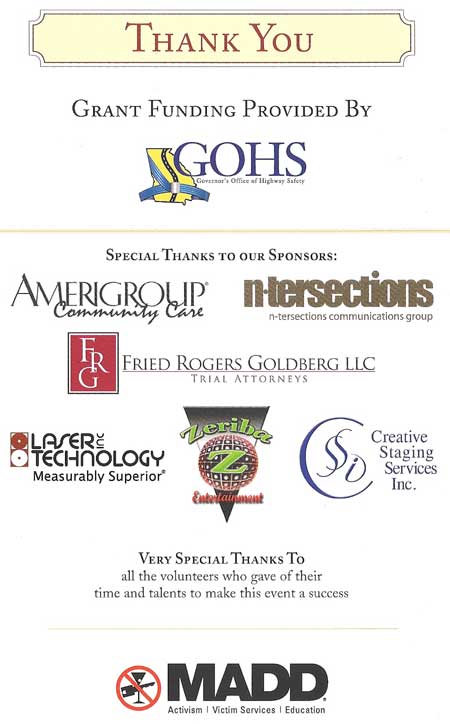 Heart Disease and Plant Based Diets

The Ramblers Tales “Prodigal”, a relaxing evening of Caribbean Standup Comedy meets Extempo with Calypso and theatrical skits to enrich and excite the senses. The performers will be from the Caribbean, US and UK. The Core of the show is centered on using Extempo-Calypso to bridge the stand up comedy performances. The show was a huge success in 2009; this new approach to delivering comedy was well received, leaving the audience wanting more.